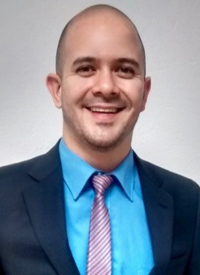 Alejandro Marquez was born in Medellín, Colombia. He received the Ph.D. degree in Engineering with an emphasis in Energy Systems of the National University of Colombia-Medellín. The Ph.D. thesis was titled Hierarchical Robust Real-Time Optimization with zone control. He obtained a B.A. in Control Engineering degree from the National University of Colombia in Medellin. During the bachelor studies, he worked in applied POD techniques and MPC for simple thermal systems.

Later on, he started a Master in Chemical Engineering where he developed Model predictive controllers for a tubular reactor using once again POD. In this period he worked for a semester in the University of Sao Paulo together with Prof. Darci Odloak at the LCSP (Laboratory of Control and Process Simulation). After this, he started the Ph.D. studies, where he developed hierarchical MPC control strategies for large-scale systems. This project was partially developed with EU funding under the FP7 in the Project HD-MPC. During the Ph.D. studies, he spent six months as a research intern at RWTH Aachen, together with Prof. Wolfgang Marquardt. Besides that, he has been teaching courses on Multivariable Control, Process Modeling, Mass, and Energy Balances, Process Simulation, and Predictive Control.